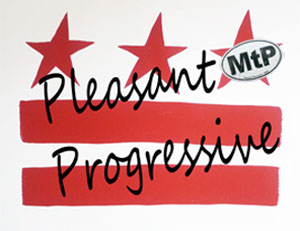 According to Republicans, America is in the midst of a “debt crisis.” The GOP is using this crisis to push through bad economic policies, including huge cuts to important federal programs via the sequester. In the name of this debt, the hard right has all but scared off any Republican from supporting legislation that includes federal funding for anything, regardless of how meritorious a program might be. In their world, increasing revenue is not on the table, cutting taxes is the bottom line, and eliminating our deficit is their highest priority.

It’s true that our country has borrowed a lot of money and that lots of this money comes from foreign governments like China. But as is the case with most things, it’s a little more complicated than just yelling “fire” at the top of your lungs. I think Paul Krugman summed it up best in his post last year aptly titled, Nobody Understands Debt. Krugman argues that politicians misunderstand debt and deficit issues so much that their “wrongheaded, ill-informed obsession with debt is standing in the way” of moving our economy forward.

I agree with Krugman to a point. Republican obsession has created an ill-informed conversation. But I do believe Americans should be focused on debt—just on the right kind of debt.

We should be talking about the debt we owe the people who raised us. Someone out in the world taught us how to walk and fed us and kept us all alive until we could fend for ourselves. I realize I’m incredibly lucky to have such an amazing family and that this life experience fuels my expectations around debt and family/kinship. But I have a hard time believing we’d see quite as many of our Greatest Generation seniors withering without proper housing and health care if people saw kinship as a debt owed and demanded it be provided for.

We should be talking about the debt we owe the workers who care for our children, grow and make our food, tend to us in the hospital, and ensure our state and federal programs run efficiently. Minimum wage is a sorry excuse for decency, especially when it costs more to get to work than you can possibly make in a shift. There’s always an excuse to not pay a livable wage, but it’s an issue of respect and dignity, not just economic security.

We should be talking about the debt we owe those whose lives we’ve ruined as we slowly creep toward including everyone in our promise of “liberty and justice for all.” I’ll posit that every American is to blame for any discriminatory laws anywhere in this country, just as we are equally in debt for every unconscionable failure of justice. It’s no excuse that it’s happening in some “backward” state—these are our communities, it’s our country and it’s our responsibility to ensure civil and human rights are a debt we honor.

I’m of the mind that debt can be a positive process, rather than a singular state of affairs or constant cause for crisis. You know, like maybe it’s not such a bad thing to be in debt? A debt of gratitude isn’t so terrible, right? Looking out for your family or network of loved ones? Caring for your neighbor? Maybe debt—even financial debt—is something we can be guided by, learn from, and grow because of. It’s worth considering.

With love,
The Pleasant Progressive